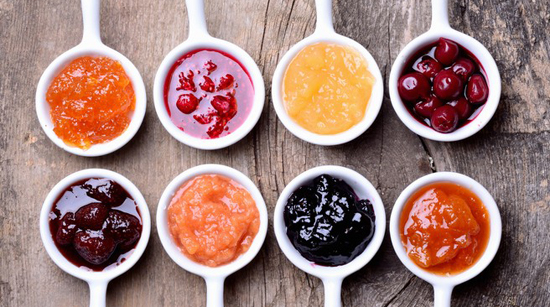 Rapid Set Pectin
These pectins are esterified above 70% and form gels in hot temperatures (80 ℃). The optimum pH of their gel formation is 3 to 3.4.